Organised by Nice Work for the Forestry Commission

So today was my first race of the year, the Forestry 100 Hamsterley Forest 10k in County Durham. I ran a couple of events at Hamsterley last year, the Hamsterley Forest 10k, and then the 10 Miler with Run Nation. I knew it would be tough in terms of inclines – steep and long not a great combination!  The race is a loop all ran on trails and bridle paths around this beautiful forest, expect mud, uneven surfaces and lots of gravel. Trail shoes are definitely recommended for this one.

This is the first year here for the organisers Nice Work and this run is part of the Forestry 100 Running Series celebrating 100 years of forestry with a unique 10k running series through the forests of England.  This is the second event of the series, the first being at Bedgebury Pinetum in Tunbridge Wells.   Steve Cram was in attendance and was to be running but had unfortunately picked up an injury so was unable to take part so but he started us off on the race and was handing out the medals at the end.

This certainly was a tough 10k the inclines during the first 5k were brutal it was pretty much all uphill until the halfway mark, thankfully there was a much needed water station positioned right at the top, a very enthusiastic Marshall encouraging us up the final part of the climb and first aid if required!  The climb is well worth it when you reach the top of the forest and see the amazing views.  The views are spectacular all through this run and from the top of the forest looking down into the valley you can see the streams and river below it’s breathtaking.  I didn’t stop too long at the water station I could see other runners from around me already making their way hastily down the hill and I didn’t want to get left behind.

It was a damp drizzly day but no wind quite perfect for running really, although I  wasn’t one of the brave people who oped for short sleeves. I really struggled for the first few kilometers because of the hills and perhaps should have warmed up at the start something which I always miss out and probably why I got a stitch around the 3k mark. My stomach was rumbling terribly and I was sure the other runners around me would be able to hear it, jelly legs and arms were in full swing.  I’d had Porridge for breakfast with blueberries and raspberries so I didn’t know if I hadn’t eaten enough or had taken on too much water on the morning and it was sloshing around in there. I really wished I had some Jelly Babies on me right then but thankfully this subsided eventually and the second part of the race went much better.

All the pain of those first few kilometers and struggling up those hills disappeared at the finishing line and I felt great.

There was some nice downhills and flat sections during the second half although some of the downhills were quite steep and there was a lot of loose gravel so I was wary of running too fast in case of falling. I felt quite strong through the second half right up to the finish and managed to sprint the final few hundred meters to finish in 56:07 a time I was quite happy with for a trail run especially one with such a long hill start.

I collected my bespoke wooden medal and a handshake from Steve Cram.  There was water, bananas and Jaffa Cakes on offer at the end the latter of which I unceremoniously stuffed in my mouth just ready for my mam who had come to support me to take a photo, thanks mam!

This race was very well organised by Nice Work and the Marshall’s were all really supportive shouting words of encouragement all the way round the course.  I really hope they are back with another event next year.

As I mentioned this race is part of the Forestry 100 Running Series, I would love to take part in the other events but they may be too far to travel for me.  The next event of this series will be held at Whinlatter Forest near Keswick, Cumbria.  If you think you might be interested in running any of the 10k events in the series you can check them out here:

My next race is Chase the Kite 10k a trail event held by Red Kite Runners.  I haven’t ran this one before and hope to review it on my blog afterwards.

Sorry, that page does not exist. 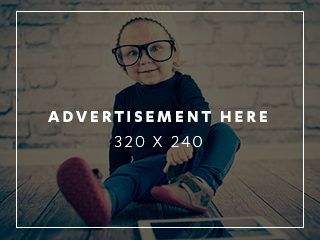